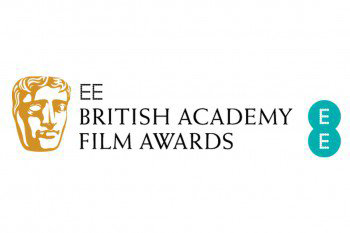 NOMINATIONS ANNOUNCED
FOR THE EE BRITISH ACADEMY FILM AWARDS IN 2017

London, 10 January 2017: The British Academy of Film and Television Arts has announced the nominations for the EE British Academy Film Awards in 2017.
La La Land is nominated in 11 categories.

Arrival and Nocturnal Animals both receive nine nominations and Manchester by the Sea has six. Fantastic Beasts and Where to Find Them, Hacksaw Ridge, Lion and I, Daniel Blake receive five nominations each. Moonlight and Florence Foster Jenkins have both been nominated four times.

Fantastic Beasts and Where to Find Them is nominated for Outstanding British Film, Production Design, Costume Design, Sound and Special Visual Effects.

Andrew Garfield is nominated for Leading Actor for Hacksaw Ridge, which is also nominated for Adapted Screenplay, Editing, Make Up & Hair and Sound.

The four films nominated for Animated Film are Finding Dory, Kubo and the Two Strings, Moana and Zootropolis. The nominations for Film Not in the English Language are Dheepan, Julieta, Mustang, Son of Saul and Toni Erdmann.

Notes on Blindness is nominated for Documentary and Outstanding British Film. The film also receives a nomination for Outstanding Debut by a British Writer, Director or Producer for Pete Middleton (Writer/Director/Producer), James Spinney (Writer/Director), and Jo-Jo Ellison (Producer).

The other nominations in the Documentary category are 13th, The Beatles: Eight Days a Week – The Touring Years, The Eagle Huntress and Weiner.

Under the Shadow receives a nomination for Outstanding British Film, as well as for Outstanding Debut by a British Writer, Director or Producer for Babak Anvari (Writer/Director) alongside the film’s producers Emily Leo, Oliver Roskill and Lucan Toh.

The other nominations for Outstanding British Film are American Honey and Denial.

The British Short Animation nominees are The Alan Dimension, A Love Story and Tough. The five nominations for British Short Film are Consumed, Home, Mouth of Hell, The Party and Standby.
The nominees for the EE Rising Star Award, announced last week, are Anya Taylor-Joy, Laia Costa, Lucas Hedges, Ruth Negga and Tom Holland. This audience award is voted for by the British public and presented to an actress or actor who has demonstrated exceptional talent and has begun to capture the imagination of the UK public.
The nominations were announced this morning by Dominic Cooper and Sophie Turner at BAFTA’s London headquarters, 195 Piccadilly.

The EE British Academy Film Awards take place on Sunday 12 February at the Royal Albert Hall, London. The ceremony will be hosted by Stephen Fry and will be broadcast exclusively on BBC One and BBC One HD. The ceremony is also broadcast in all major territories around the world.