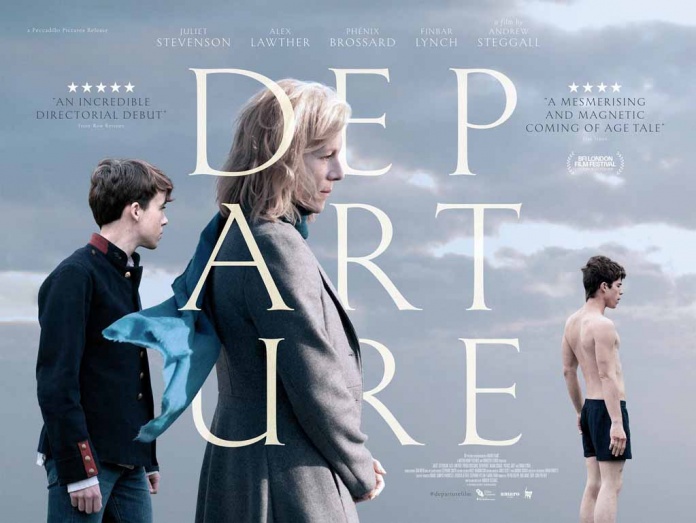 Andrew Steggart’s debut feature is a cinematically beautiful and heartwarmingly touching story of a young boy coming of age and the sympathetic journey of his mother to self-realization.
Departure to me really felt like a coming of age film, in more sense than one. The story not only follows a journey of self-discovery and realization of a blossoming young boy an defining his sexuality but also that of his mother coming to terms with crumbling marriage, age, and relationship with her son. Seeing the differences, similarities and interaction between the two characters as they embark through these stages makes it an easily relatable film. Seggart’s directing along with the performance of the cast create both a visually and emotionally touching story that emanates a sympathy for the characters which stays with you long after you leave the theatre. 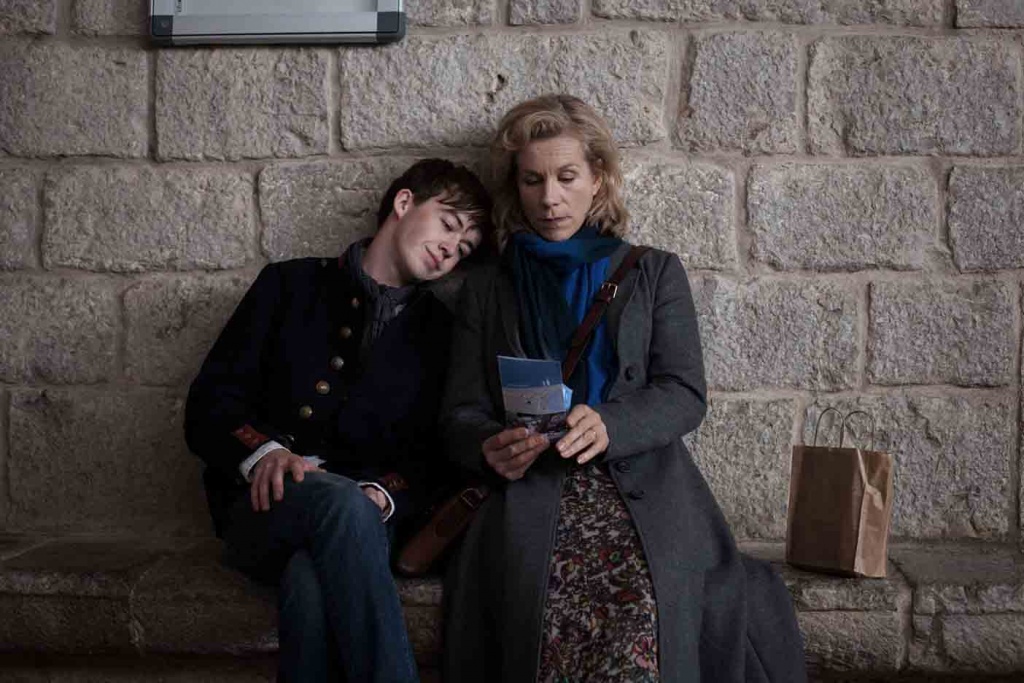 Directed by Andrew Steggart, the film immediately makes it clear there is a sense of loss and separation within the family as Beatrice (Juliet Stevenson) packs up their summer home in beautiful South of France while her 15-year old son, Elliot (Alex Lawther) revisits the village, exploring forests and perusing his passion in writing, seemingly unaware of the crumbling state of his family. We quickly see Beatrice’s reluctance to move out and perhaps slightly defeated by Elliot’s non-involvement she waffles between packing and unpacking rooms. Meanwhile Elliot almost shows his childish innocence burrows himself in a theatrical world playing pretend with his soldier coat, romanticizing themes of mortality and studying the local boy Clement (Phenix Brossard). 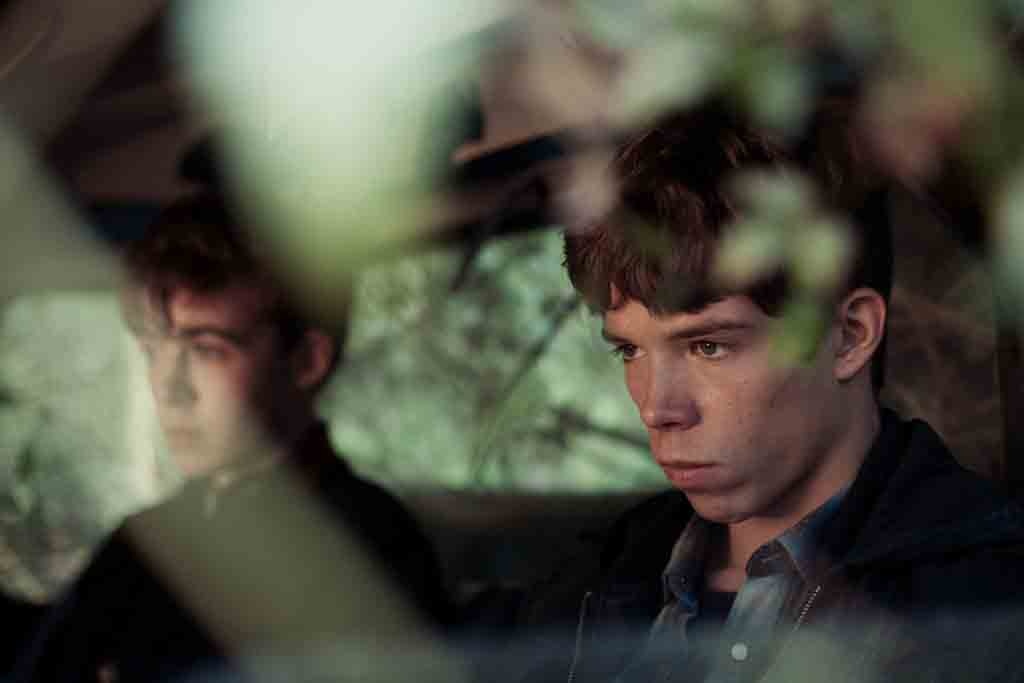 He seems to display an awareness of the broken relationship between his parents and growing distance between him and his mother by talking about death, and placing such an importance on locating the deer they hit on the ride in. His uncertain position on wanting to rescue or kill the deer displays a clearly discrepancy with his feelings that bare more than just the obvious meaning. You can almost call the boy narcissistic as he ignores his mother but understanding that this drastic family change could not have come at the worse time in his life, as he struggles with the new feelings of longing and struggling to identify his sexuality, you find him sympathetic justifying the negligence. Elliot’s developing friendship with Clement only deepens his neglect towards his mother. Through no fault of his attentive and caring intentions to lend a helping hand, as well as an attentive ear to Beatrice, the presence of Clement only accelerates the tension build between Elliot and Beatrice. As they start to compete for attention of the boy a confusing love triangle forms where each character tries to find something deeper in their relationship and evaluate what is lacking. In conjunction the film also introduces a more fragile side of Clement as his struggles with anger issues at his own pain and frustration for his mother’s illness.

Through Steggart’s attentive direction the film provides justice to Beatrice’s journey as well in portraying her own pain and struggles as she finds herself on her own, perhaps for the first time in her life. Being in such an isolated state of mind as well as location she casts herself off even more as she tries to come to grasp of the failed marriage. Beautifully subtle we see her break down as she observes couples interacting and it becomes clear she is just desperately lonely. 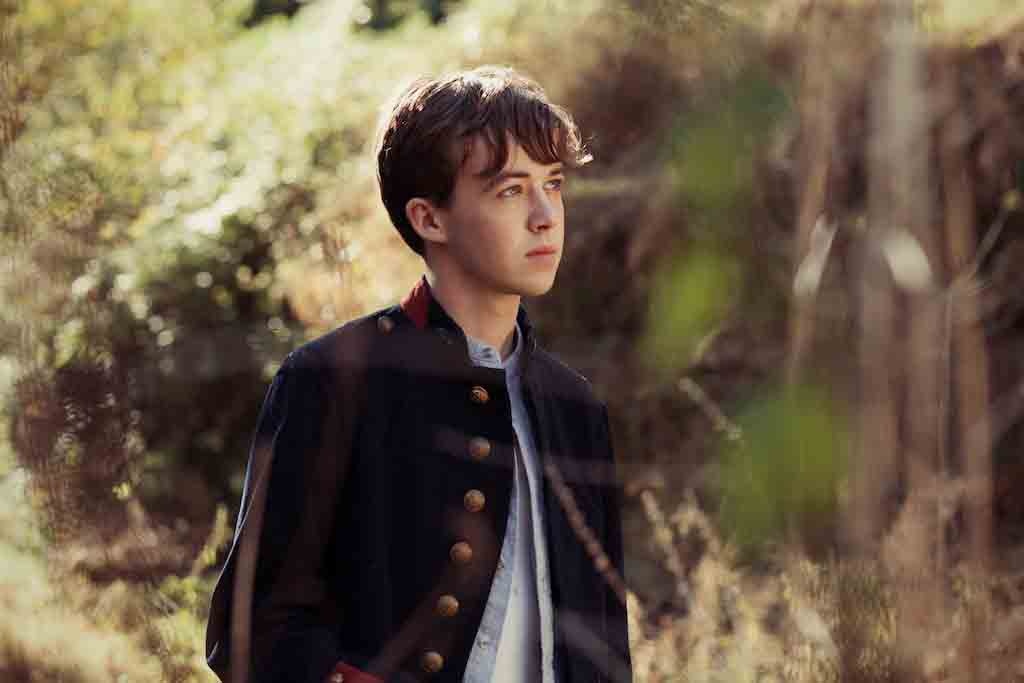 Even more so apparent when she expresses that “something is missing” (in more ways than one) to a neighbour. Frightened at the growing distance between mother and son they lash out and push each other’s patience. Reoccurring themes of self-harm between Beatrice and Elliot only solidify the deep emotion they are trying to cope with.
I found it interesting that the appearance of the father, Philip (Finbar Lynch), almost instantly sifted the perspective the film from Elliot and Beatrice to Philip. I’d be curious to find out if the intent was to make him a more aggressive presence in the film as I found that even the scenes with the cast present Philip was quite literally isolated in focus leaving, Elliot or Beatrice fuzzy in the background. To me this signified an aggressively dominant and controlling presence the father held in the family.
The minimal music allows the viewer to appreciate the scenic serenity of the beautiful country side. And the soundtrack was well chosen for the lighter scenes in conveying a youthful atmosphere. I thought the performance of the cast captured the struggles and loneness of the characters in a graceful and eloquent way where even their selfish or emotion outbursts called for sympathy and forgiveness. Perhaps reading too much into it but it seems even the choice of the reoccurring song ‘Never Catch the Wind by Donovan was almost symbolic to the acceptance of relinquishing control, letting go and accepting reality and their strength in each other.
Finding yourself is a big theme of this film. During the peak of the dispute between Beatrice and Philip she finds strength in confronting him and symbolically setting ablaze to pieces of their furniture. Elliot selfishly misrepresents this giving Beatrice a final emotion outburst as she claims her ground and declares that not everything is about him and this was about HER. Both are forced to console in each other and bond allowing them to find comfort in accepting their reality.

The themes of sexuality between the two young boys were very respectfully depicted which is something I expect for a film coming from BFI Flare, providing a fantastic source of empowerment and representation to the young LGBT community. This is a film with more than one story. Elliot’s; the boy who defines his sexuality and comes to grasp with his feelings. Beatrice; who finds strength in being in control of her own life and coming to terms with being alone. Clemens; whose struggles with anger and frustration, fear and confusion in his own life. Philip; who’s controlling and aggressive behavior come to light and exposed for what they really are. All sharing an underlining message which I think would benefit anyone struggling with these themes in their own lives. Through the themes of loneliness, coming of age and identity struggles, to the subtle looks of longing and distant glares between the characters it was enough to make me cry. Reminiscent to ‘The Perks of Being a Wall Flower” I would recommend to anyone who enjoys a dramatic feel good type of film. The Departure is a kind of film that makes you want to move to France to nurture your own existential getaway. In one way or another, the characters find a bit of strength as it blissfully ends the way which it began, with Eliot and Beatrice, together.

Departure is released in the UK on May 20th