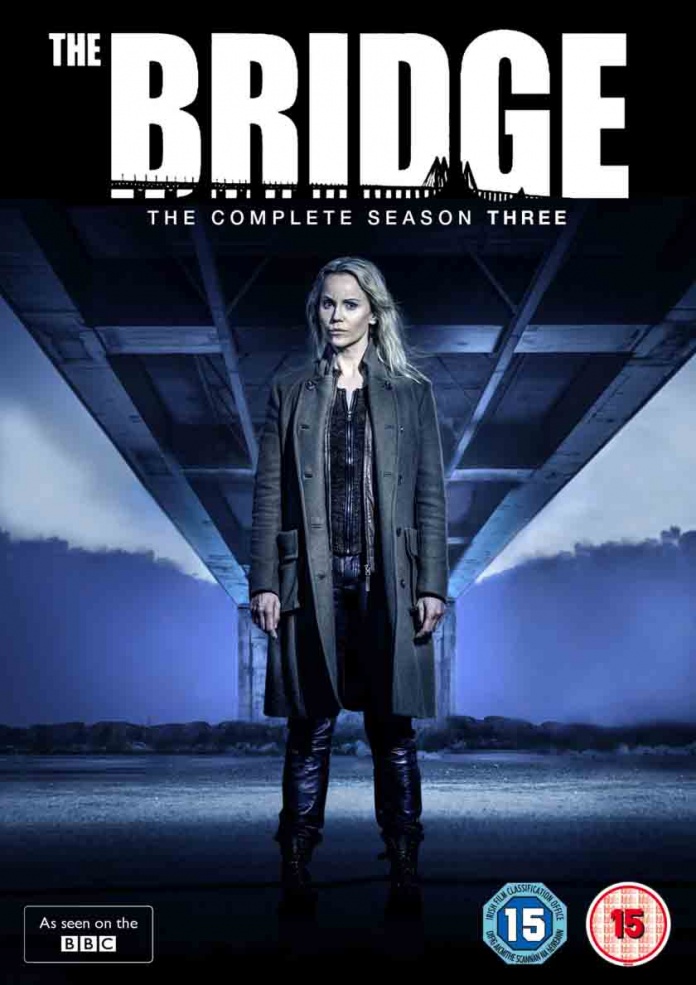 The series premièred on BBC Four on Saturday evening to a record audience of 1.2m viewers, continuing from the record breaking 3.2 million viewers that tuned in to the premiere episode in Sweden. The hit series stars Sofia Helin as the enigmatic, unorthodox Swedish detective Saga Noren.

Saga once again partners-up with a Danish officer, this time the equally troubled Henrik Sabroe (Thure Lindhardt), as they unravel a series spectacular murders.

The Bridge – The Complete Season Three will be released on DVD & Blu-ray through Arrow Films on Monday 21st December.

Arrow Films will also be releasing The Bridge Trilogy Boxset on DVD & Blu-ray for fans to enjoy the beloved series in its entirety, from Saga and Martin first meeting on the infamous bridge, to the gripping third season finale. The boxset release will coincide with the release of Season 3 on December 21st.

The Bridge – The Complete Season Three is available to pre-order from Amazon: