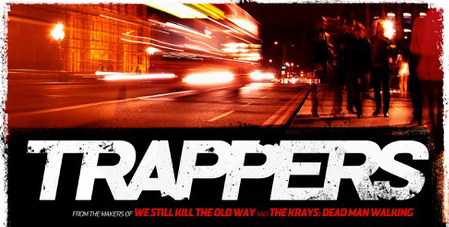 London-based indie Hereford Films has announced its first urban thriller: the action-packed drug running film TRAPPERS. Based on a true story, the film follows a naïve girl working as a stockbroker office massage therapist, who is the financial and emotional rock of her family. Things take a turn for the worst when she loses her job and her father is killed in an altercation with a loan shark, who she brutally attacks. Fearing she will go down for murder, she goes on the run and turns to enigmatic gangland figure Sharky and bad boy nightclub promoter Niall. They both teach her the fine art of dealing cocaine, thrusting her into the dangerous world of money, sex, guns and drugs. Can she stay on the straight and narrow to find out the truth about her father’s murder or is the bad life just too good?

The film is written by Jade Asha, who worked as production manager on Femi Oyeniran’s The Intent. She said, “Trappers is based on a true story, inspired by good people who started doing very bad things in order to survive the high costs of living in London. It’s about a young woman who turns to selling drugs after losing her job. She becomes very good at it but gets addicted to the dark world of drugs, money and sex. It’s a truthful, sexy and gritty crime drama and I can’t wait to work with Jonathan and the team at Hereford Films. My dream is to represent London on film, inclusive of all ethnicities, not just a white gangster film or a purely urban film. I think it’s amazing that Jonathan is giving this story a chance to equally represent BAME and female talent. I always had Jonathan in mind to produce this movie, even when I started writing it five years ago. Like him, I want to produce films that people want to see, and Trappers has it all. With his expertise in film and the outstanding team at Hereford Films, I think we have a real game changer on our hands.”

Hereford Films CEO Jonathan Sothcott commented, “We’ve been actively looking for a quality, commercial urban crime thriller, and as soon as Jade sent me Trappers I knew it was the one. It’s absolutely a cut above the majority of British crime scripts and I’m delighted that we are producing something by a female writer in this genre. It has all the elements needed to become another Kidulthood – it will have a fantastic cast, be slick, stylish and sexy, and the soundtrack is going to be amazing. Brotherhood showed that this audience is very much still hungry for the genre and you can expect us to pull out all of the stops to deliver a marketing campaign the way Revolver used to for these films. It also gives us a chance to make a film with primarily BAME talent which I think is incredibly important for commercial movies. I’m really excited about this film.”

Hereford Films is the leading producer of British crime/gangster films for the UK market with hits such as Vendetta, the We Still Kill the Old Way series and Bonded by Blood 2 selling over a million DVDs. Last year’s The Krays: Dead Man Walking was the biggest non-theatrical British film of 2018 and won a slew of awards.