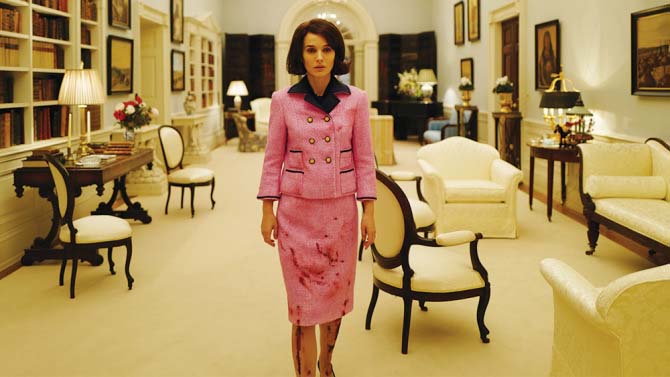 22/11/1963. It’s a date we all recognize, even if we weren’t yet born. It’s the day John F. Kennedy, at that moment the 35th president of America, was assassinated by Lee Harvey Oswald. The whole country was mourning about the loss of their dear president and so was his wife Jacqueline ‘Jackie’ Kennedy. If you want to know what the last moments between Jackie and her husband were, how she reacted to his death and how she needed to get through the rough moments, then Jackie isn’t the right movie for you because the newest Pablo Larraín is so much more than that.

Don’t expect to see the “classic” Hollywood movie, showing moments before, during and after the death of JFK. Instead, be amazed by a wonderful autobiographical movie, very close to reality. Larraín shows you what Jackie was really like, as mum, a wife, a first lady but also as the iconic person she was. All in a subtle but sublime way. 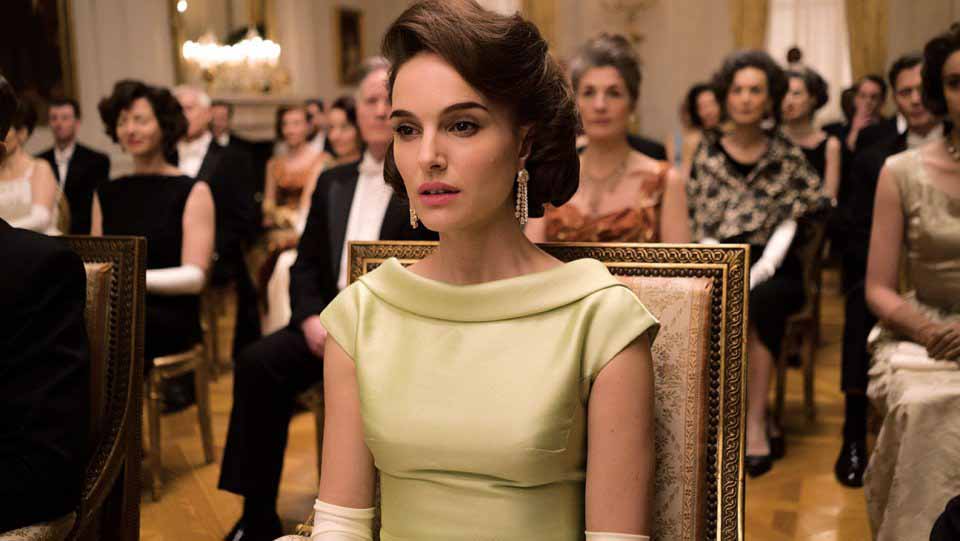 The movie is the combination of one long interview (between Jackie and journalist Theodore H. White), but also using already existing footage. Larraín provides you with a lot of information but at the same time Jackie never becomes just another history lesson. And there’s a lot of emotion without Jackie becoming an emotional movie without story. Last but not least there’s a stunning cast which includes, apart from Natalie Portman, Peter Sarsgaard, Richard E. Grant and the late John Hurt (who left us with a stunning performance).

But what is it that makes from Jackie as must-see movie? It’s Natalie Portman her performance. She doesn’t play Jackie, she IS Jackie. Thanks to the amazing work from her hair and make-up departments, Portman transform herself into Jackie in no time. At some points I really thought I was watching the real Jackie and because of the already existing historic footage, we do see the real Jackie once in a while.

So is Jackie just another biopic in which the ideas of the director takes over from the history? No, not at all! Larraín puts history first and combines that with raw emotions, a stunning cast and the magnificent cinematography from Stéphane Fontaine (‘Captain Fantastic’, ‘Elle’). Just add a retro vibe to it and you have an amazing movie like this one. Go and watch it now.

‘Jackie’ – Is on general release now.