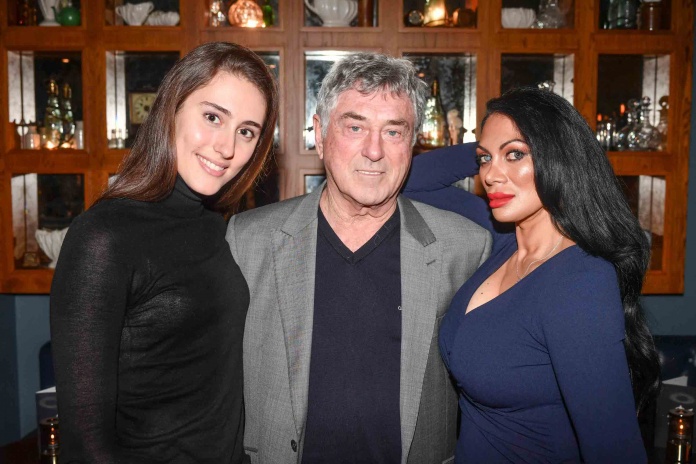 Inside the cast read through for NEMESIS from Shogun Films

* The read through took place before the Covid-19 restrictions came into force and before the requirement for social distancing.

Shogun Films, the disruptive new British indie film start up from industry vet Jonathan Sothcott (We Still Kill The Old Way) was just a week away from principal photography on its first outing, gangland home invasion movie Nemesis, when production was suspended due to the Covid-19 crisis. In the run up to pre-production, some of the cast assembled at hush brasserie in Mayfair for a cast read through of Adam Stephen Kelly’s script, overseen by director James Crow (Riot). These exclusive images show Billy Murray, Nick Nevern, Jeanine Nerissa Sothcott, Ambra Moore and Danny Bear working through the script, offering a unique insight into the filmmaking process. The mix of veteran actors with promising newcomers such as Bear and Moore bodes well for Shogun’s future, blending established talent with opportunities for newcomers.

Since the read through, Shogun had assembled one of the most impressive casts for a British crime film in some years with Nick Moran, Frank Harper, Lucy Aarden, Guy Henry, George Russo, Rebecca Ferdinando and Patrick Bergin all coming on board.

Shogun Films plans to go straight back into production as soon as Covid-19 regulations are sufficiently relaxed for it to be safe to do so. Meanwhile, the company has been busy developing a raft of hard-hitting action movies including Renegades, Assault on Hazard Rock, Backlash, Capital Punishment and the long-awaiting Pretty Boy.