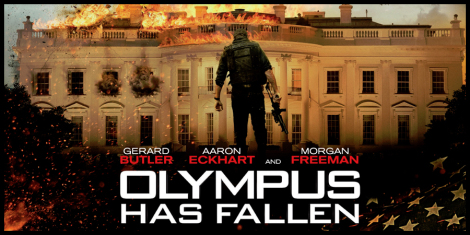 What would happen if terrorists were able to do the unthinkable, the seemingly impossible, and take down the White House?  That’s the question posed in director Antoine Fuqua‘s (Training Day) film Olympus Has Fallen. 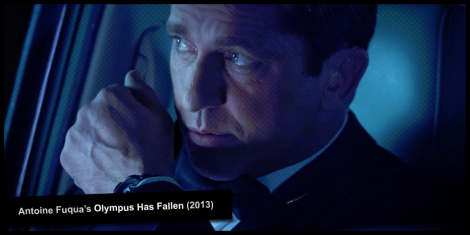 The one thing Olympus Has Fallen has working for it is its cast.  I’m not going to lie, I’m always going to go see a Morgan Freeman film.  Adding Radha Mitchell and Dylan McDermott to the mix is only ensuring I’ll see that film over its opening weekend.

I’m not crazy about the plot of Olympus Has Fallen or the insane and pointless amount of violence that goes beyond the gratuitous into its own special realm of WTF.  I’m also not crazy about the fact that one man, against insurmountable odds, is able to neutralize what our entire military force cannot.  I think beyond being ludicrous, it sets a sort of unbelievable Die-Hard-esque bar that, well, frankly, has been done before … by Die Hard … and done better, at that. 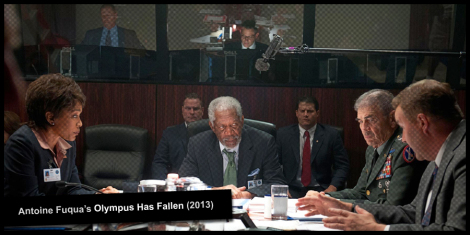 Everything about Olympus Has Fallen wants you to be a patriot, as if the simple, lazy act of sitting in a darkened room watching a film for 2 hours is done in service to your country.  But I’m not buying.

I hated the score – with it’s sweeping orchestral false majesty.  I hated the premise.  I hated the action – so much, so fast that it hinders the plot instead of serving it by raising the stakes and therefore building tension.  I hated the good guys.  I hated the bad guys. I hated Melissa Leo reciting the pledge of allegiance while being dragged down the hall by terrorists.  I mean … seriously?

Did I miss the swag giveaway for opening weekend?  Which, I’m assuming, was an Olympus Has Fallen logo-emblazoned barf bag. 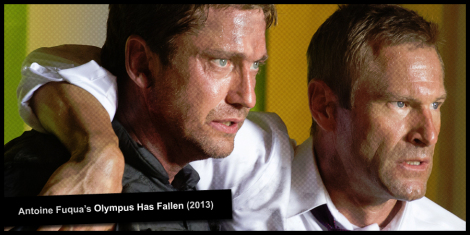 Look.  I love action films.  Give me John Woo, Richard Donner, Sam Raimi.  Hell, I’ll even take James Cameron.  Director Antoine Fuqua seems to have forgotten that action serves a purpose, it has meaning, and can even be beautiful (in its own way).  It’s not meant to beat the audience over the head until they are numb to even the most spectacular stunt.

The brainless blood bath that is Olympus Has Fallen fails to entertain or excite.  There’s nothing here you haven’t seen before and, sadly, it’s another in a growing line of disappointing outings for Gerard Butler.

Filming Underway On ‘The Death of Stalin’ from director Armando Iannucci